A company called Silbersalz35 sells 35mm cartridges loaded with various sorts of motion-picture film, at a price including processing and scanning. The films have to be developed with the ECN-2 chemical process, so the inclusion of processing matters, as most still film processing labs don’t have ECN-2 facilities.

The Silbersalz 200T film is (I believe) Kodak Vision3 200T cinefilm. The T stands for tungsten: it’s colour-balanced for studio use and has a cold colour if used in natural light without filters, as I did.

I really like the look of these, but they are hard to display online next to digital photos. The typical bright, contrasty, heavily sharpened modern digital image makes these naturalistic images almost invisible when seen on the same page.

A tennis court next to the West Cross Route in west London. Closed when I took this in May. The buildings in the background are, I think, halls of residence for Imperial College under construction. 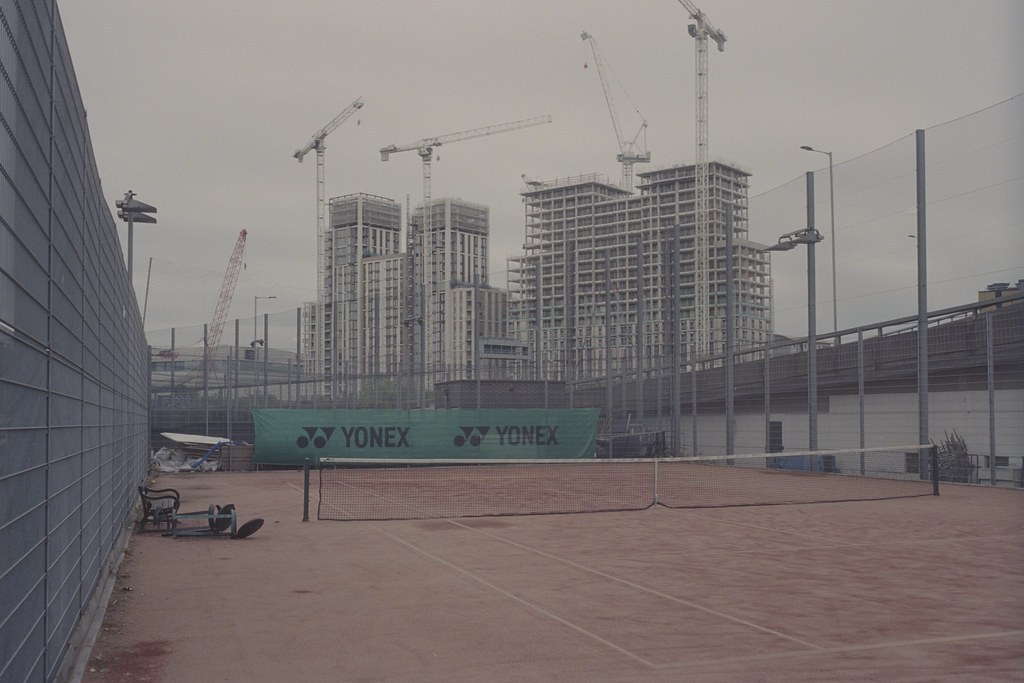 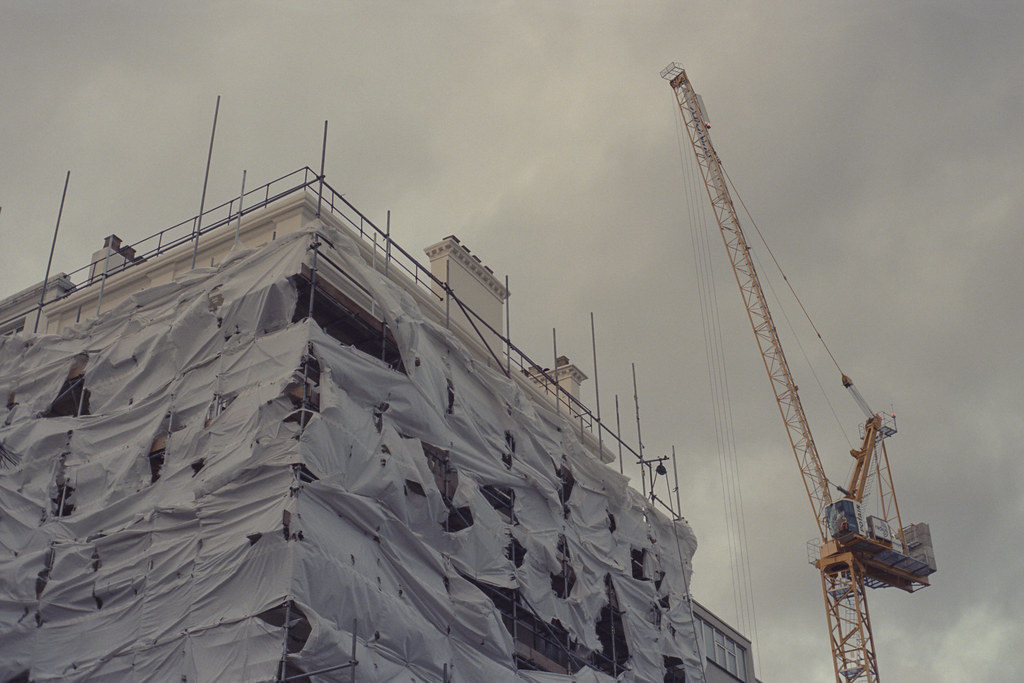 Here’s the Bakerloo Line station entrance at Paddington in February. A couple of days later it will be closed permanently, to be replaced by something fancy at an unspecified later date. 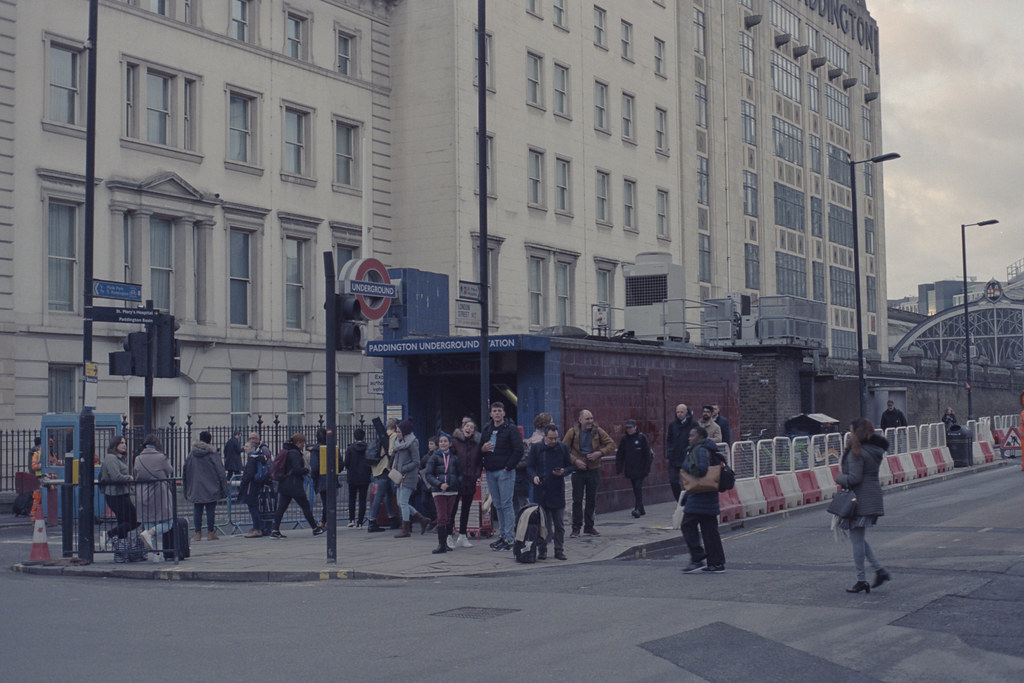 This film is really nice for photographing people – I take a lot of photos of family but I’m reluctant to make them public online, so here’s one of me (taken by my wife) on the 15th of March, very close to the official UK it’s-all-over pandemic date. 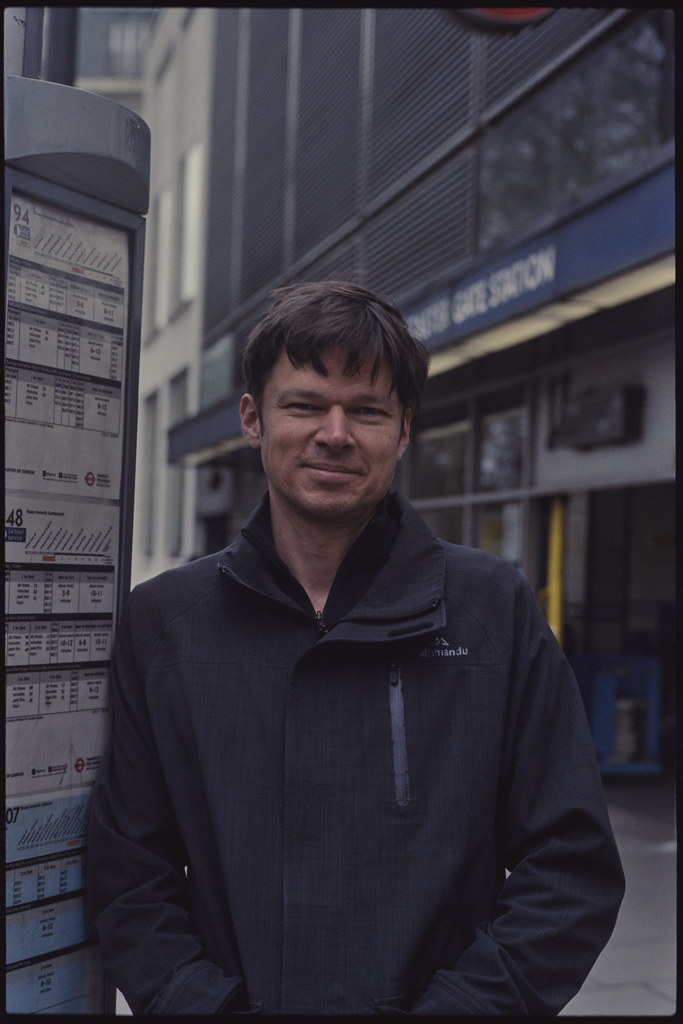 Smithfield Market, in May, with construction for the Museum of London at the back. 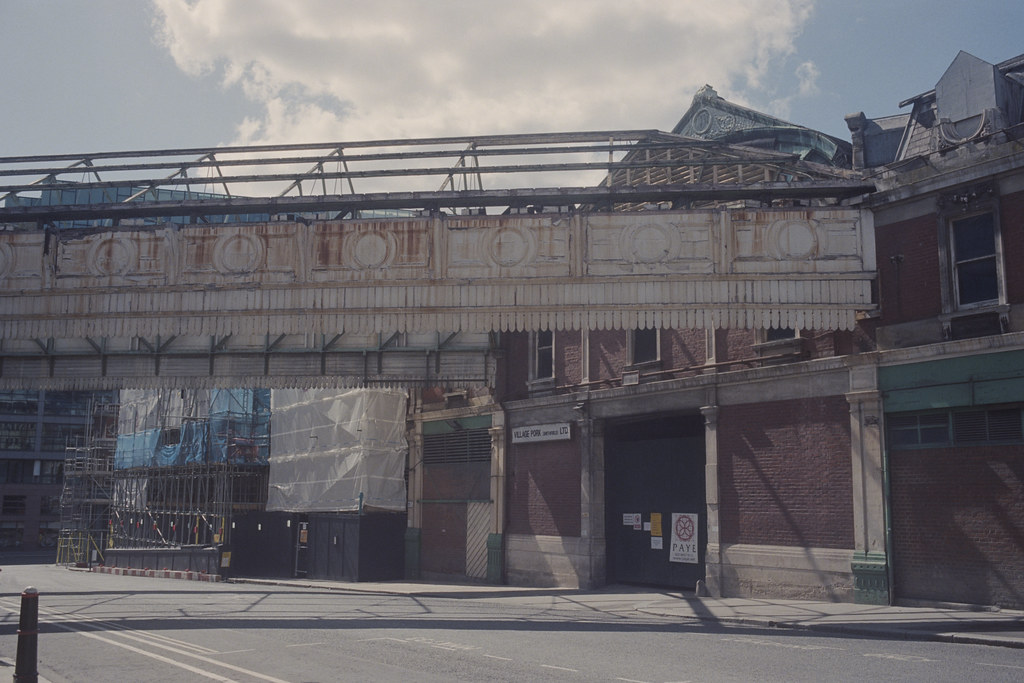 Paddington Station in May. I felt very conspicuous taking this. 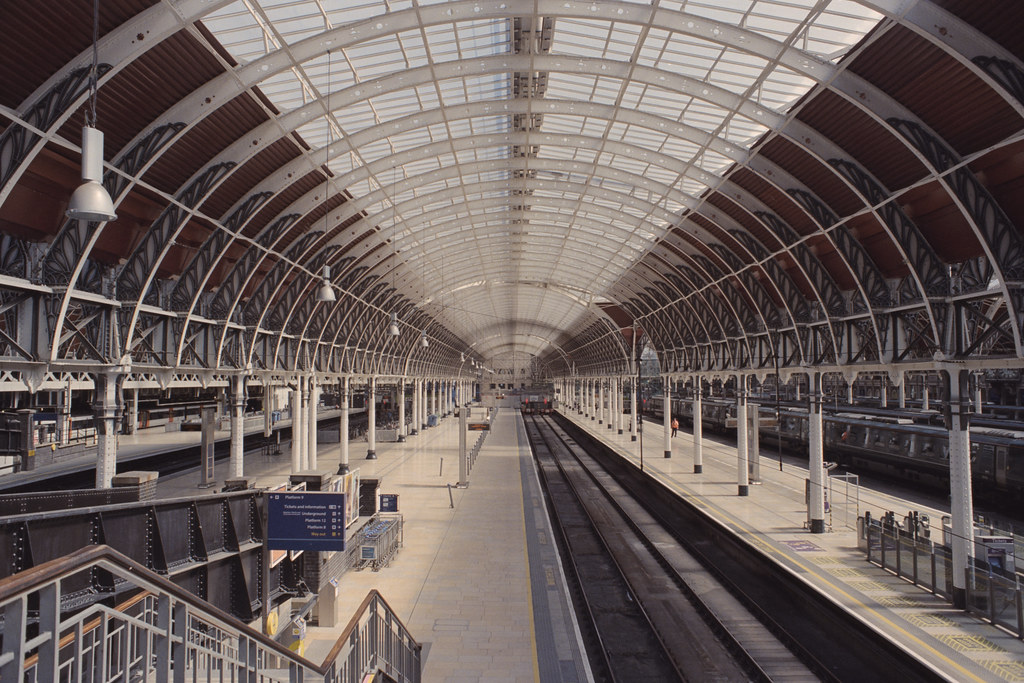