At the start of January 2020, I hopped on a bus to the North Circular to take a couple of photos of bleak, slightly alarming empty urban scenes. Had I known how redundant that would seem later in the year, I might not have bothered. Though it may have been the last time I took a bus for fun.

A distinctive disused storage company in Neasden. Prominent from the North Circular, I’ve always rather liked it. 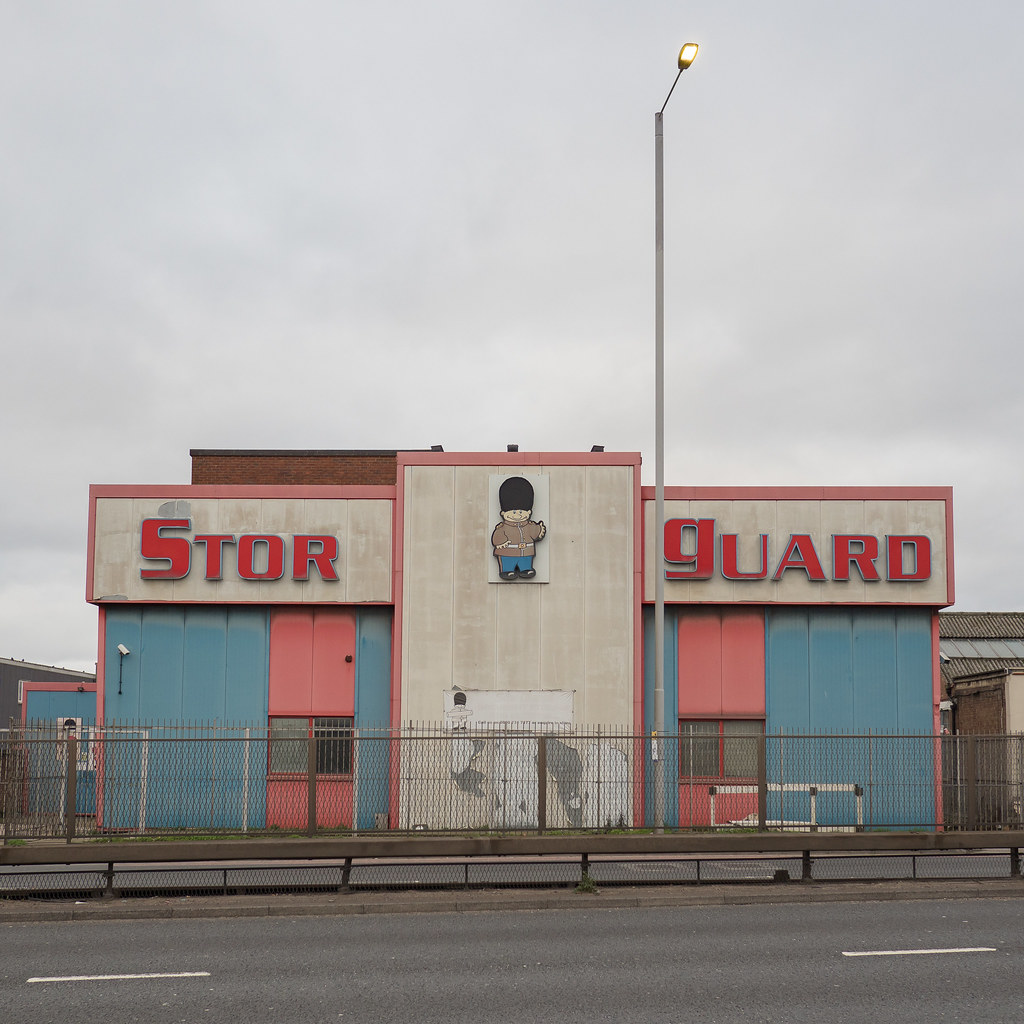 A rotting board path along the back of the industrial estate in Neasden Recreation Ground ultimately leads to a small pier in the reservoir. I used to go for walks by the reservoir here when I lived near Brent Cross, but I had no recollection of this path. Is the text sinister or welcoming? On the 5th of January I thought sinister, but from this end of the year it feels like an encouraging message from the future. 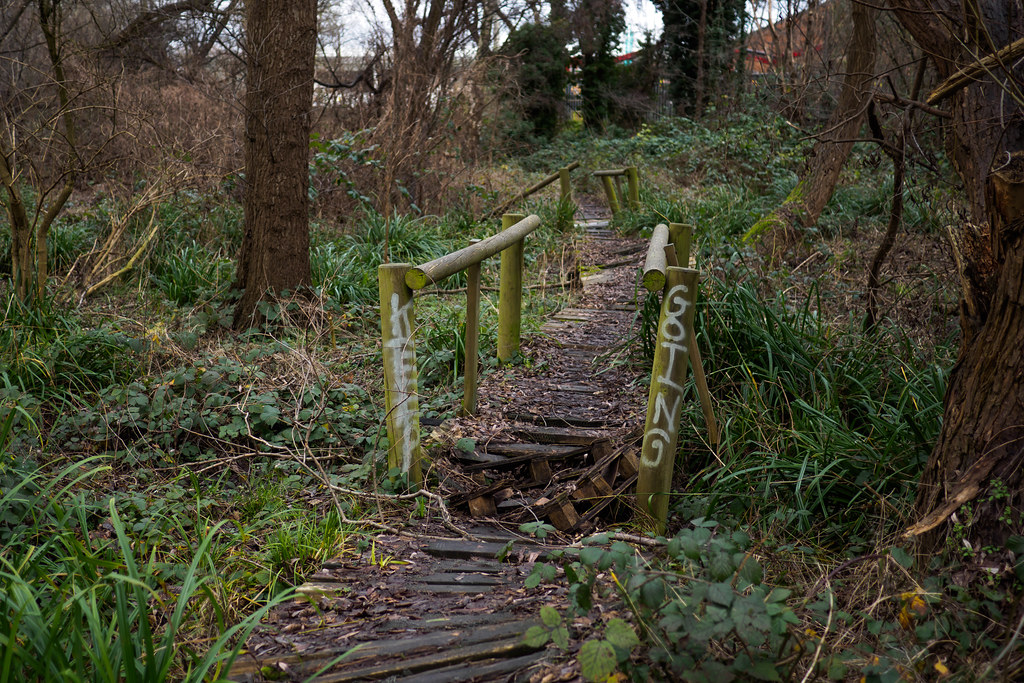 Just over two months later, we’re in west London in late March. The weather is bright and the shops are colourful and shiny. But this is bustling Portobello Road and it isn’t really supposed to look like this. 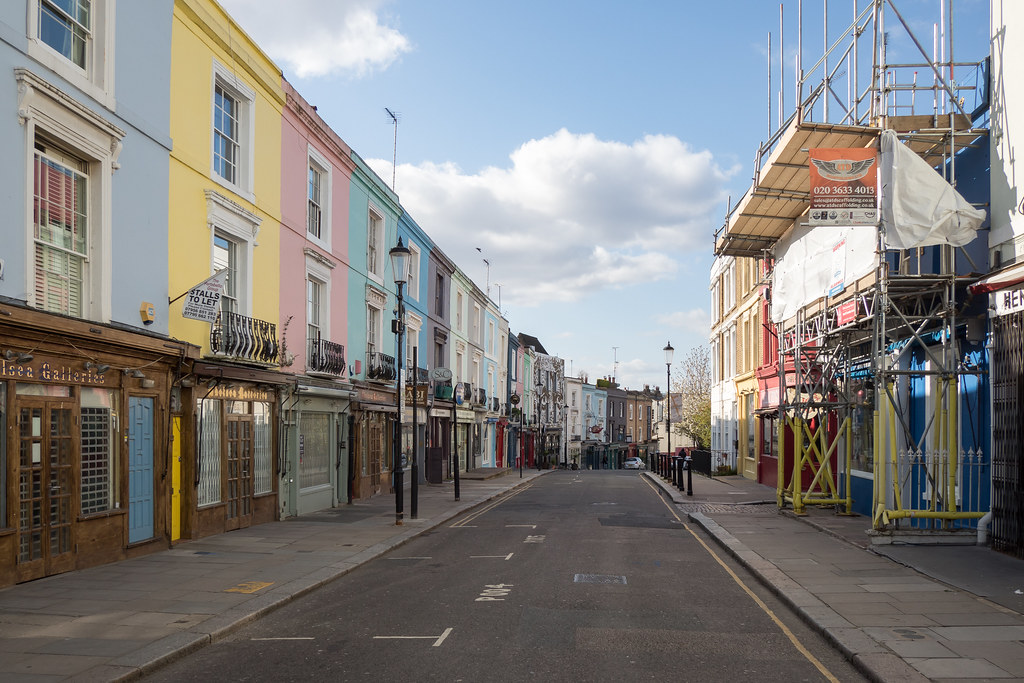 Other streets nearby are equally peaceful. 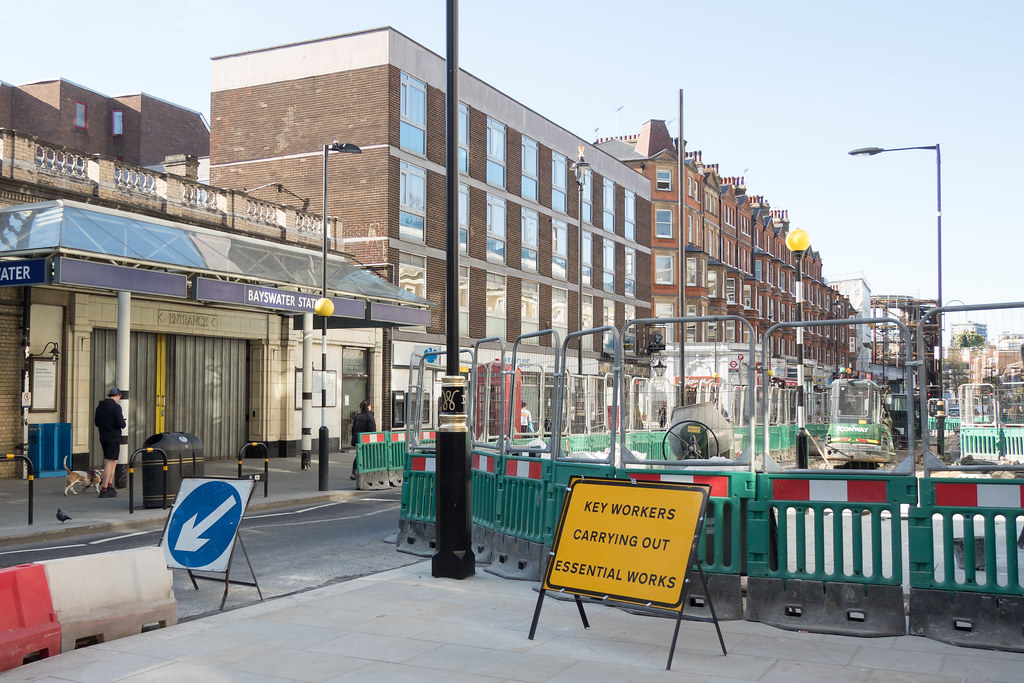 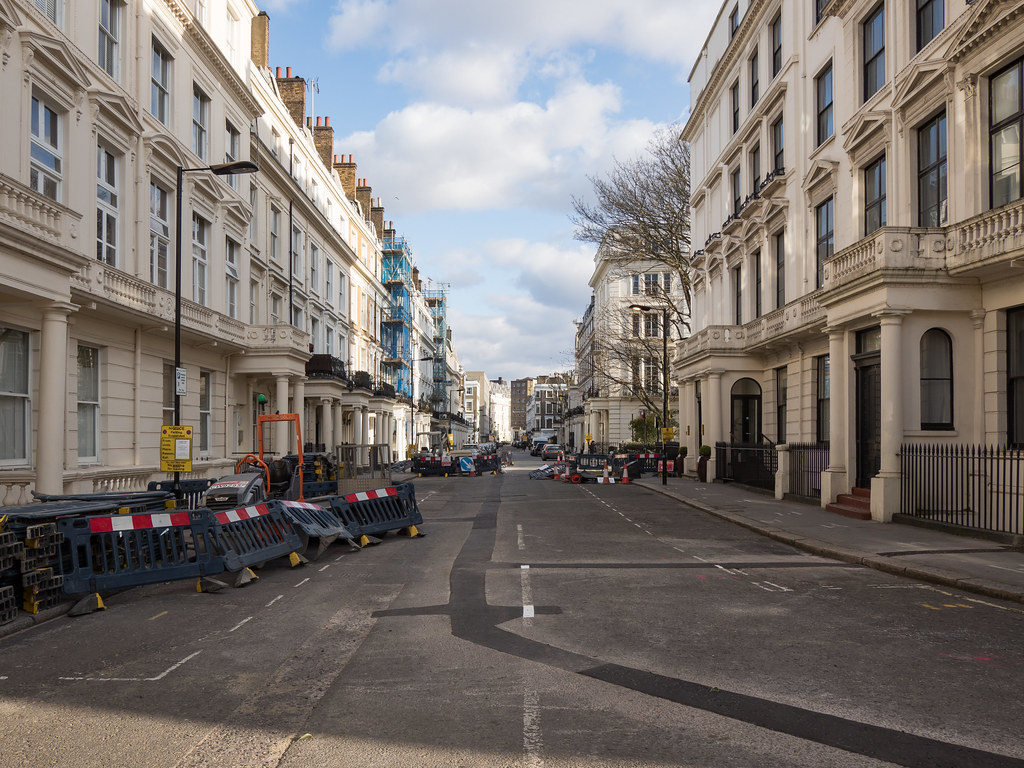 Getting photos in the park without lots of people in them is a trickier prospect. I’m very fond of the cluster of small oak trees in the bit of Hyde Park known as “the cockpit”, where a roundish ramped area slopes down to the Serpentine. This is a damp June day. 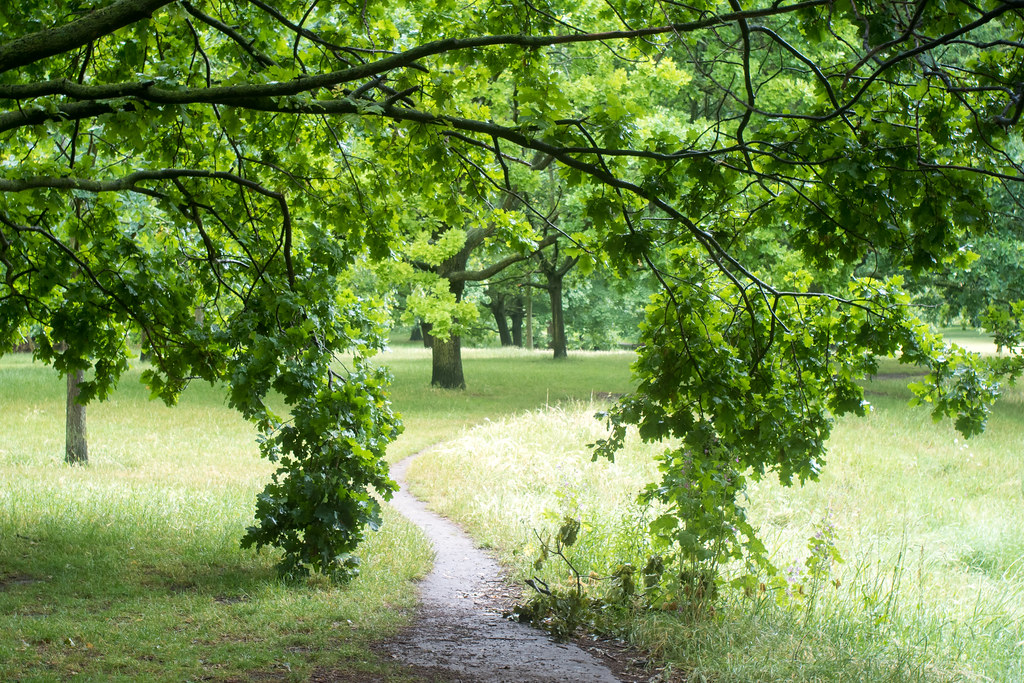 Or a sunny one in October. 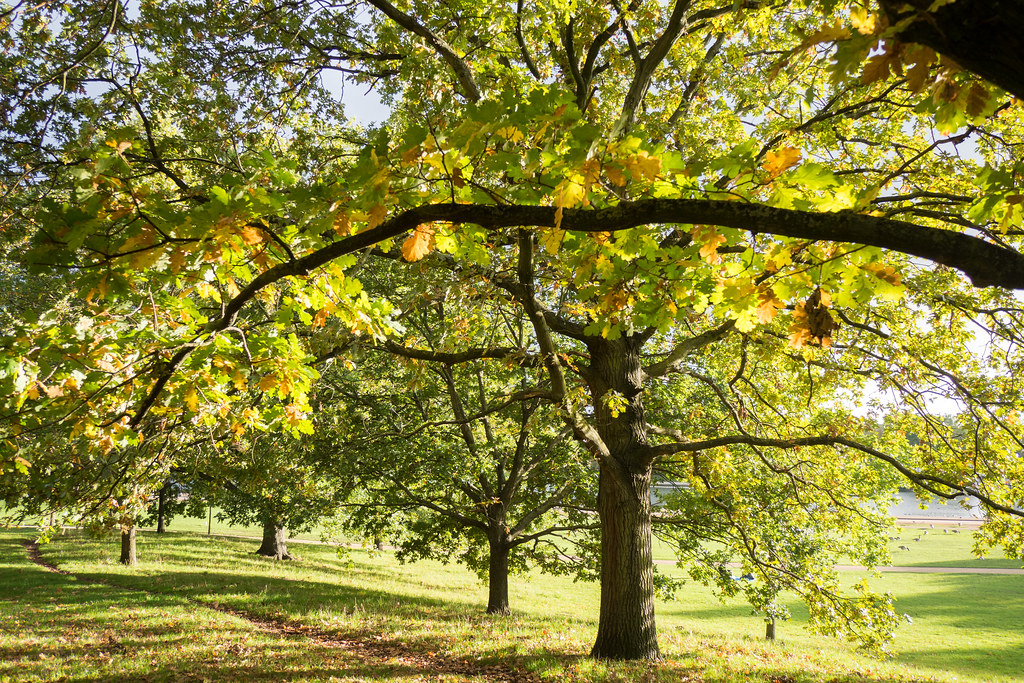 One industry that seems to have been at least at normal levels all year is construction; here a worker adjusts some fencing on the “cube” building site next to Paddington station. 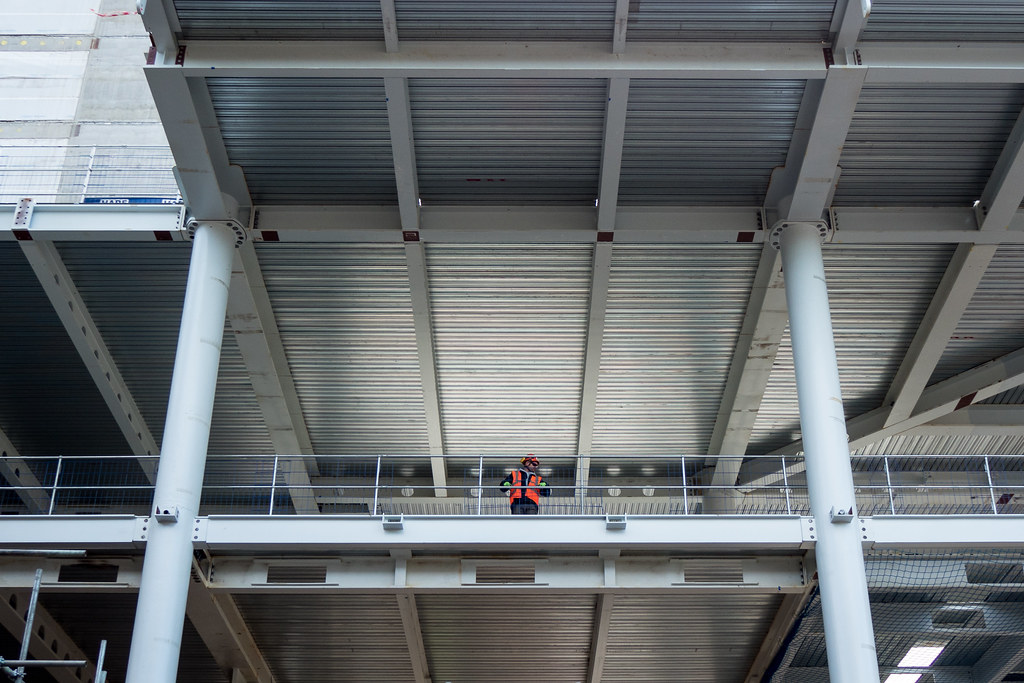