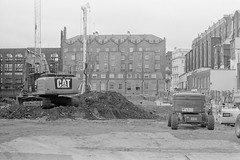 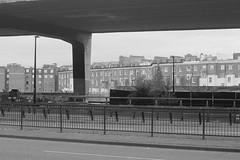 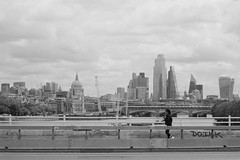 A couple of weeks ago I switched my mobile number to Vodafone, because they have better signal coverage in my workplace than T-Mobile.

That was a mistake. Vodafone screwed up my account, and their support systems have only made it worse. And it’s strange, because Vodafone work hard at making their customer service look good. Let me explain.

I use a pay-as-you-go phone. Vodafone, like most UK networks, have a system by which topping up by £10 qualifies you for “free” texts and data for the month, with calls charged separately. I don’t make many calls, so that suits me.

Just before my main number was ported in, I topped up £10 expecting one of these text and data packs to appear. I got a weirdly-phrased text message in reply (see picture), but no pack.

Since then I’ve dealt with at least 15 Vodafone support staff to try to get this fixed. All they’ve managed to do is confuse their accounts system so that it no longer recognises my phone number. Now when I log in on their online system, I get a different number and an error message.

I can’t top up my phone, and I can’t query its balance. I know it’s about to run out of cash, though, because Vodafone have sucked all the money out of my account for text and data charges. Their charges for texts without an active pack are pretty high.

All in all, this is crappy service from Vodafone.

What is strange is that they obviously work quite hard to supply all the trappings of good customer support:

But every time I communicate with someone—including that super-secret contact URL from Twitter—they react as if this is the first they’ve ever heard of it. And although they promise things, those things never happen.

None of Vodafone’s customer support people has ever been able to do anything.

I’ve been told a lot of things. I’ve been told that my problem couldn’t be escalated, because it had already been escalated and so was already in a queue somewhere. I’ve had a support adviser submit a request to fix something, then put me through to another support adviser who told me the problem was that there were now too many outstanding requests.

I’ve been put through to a “technical team” member who told me she would walk over to the technicians on the other side of the office and try to persuade one of them to look at it. And I’ve been put through to another “technical team” member who told me the technicians were in a different part of the country and they only communicated with them by email.

None of the people who told me these have achieved a single thing.

Not only are the support people powerless to fix anything, they also appear to be powerless to find out anything. Every time I’ve asked for an estimate of how long I’d have to wait, I’ve had the same reply: “usually 24 to 48 hours, sometimes as long as 72.” (We’re over 370 hours so far.) The technicians who make the fixes just don’t seem to be answerable to anyone.

Vodafone have some of the friendliest, most accessible customer service people I’ve dealt with. But they’re maintaining a fiction. They can’t provide any service.

These good people seem to be employed solely to give the customer somebody to talk fruitlessly to. They’re a kind of customer anti-service, a customer placation department.