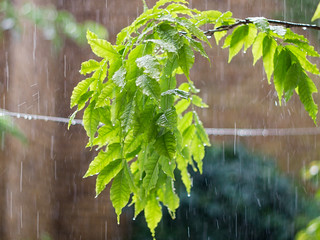 One of my favourite ideas from economics (a subject I know very little about) is that of comparative advantage, a theory that shows how two countries can trade to mutual advantage even if one of them is better at everything than the other is. A fairly clear example is described here.

What I like about this idea is that it justifies focusing on something you are good at, that is just hard enough for you to enjoy, without having to worry too much about whether others might be even better at it than you.

Putting this personally, the logic goes something like: Other people around me seem cleverer than I am; they would probably be better than me at the thing that I’m doing. But as it turns out, most of the time they aren’t doing that thing and wouldn’t choose to do it.

Why? Because they’re even better at something else, something I can’t do at all. Or the things I enjoy and am good at bore them. Or they’re doing something that I find too easy and that bores me. Or some other reason. It doesn’t really matter. The point is that I’m not in competition with them.

The wonderful and inspiring idea is that you can become known as an essential person in a line of work of your own choosing, that you enjoy, that you feel good at—even if you are surrounded by people who could in theory do it much better themselves.

This idea has been quite reassuring to me. I’ve tried hard to puzzle my way into the ranks of the people who seemed truly clever over the years, only to find it doesn’t seem to be very important: competence and persistence in a field I care about seem to work better.

I imagine that most people who are seen as successful are successful in this way—people who have chosen a focus for themselves, rather than exceptional generalists.