I started developing my own black-and-white films at home a couple of years ago. There’s nothing quite like toiling through the process before emerging with a strip of negatives which you have to hang up and let dry, knowing there are pictures on them but being unable to tell what they actually are.

I’ve tried a few different types of film, and I’m most fond of Ilford FP4+. It’s relatively low-contrast, grainy (the accompanying text describes it as fine-grain but I think it must have been written in 1935), very attractive in sunlight due to a bit of sympathetic halation. I like a black-and-white photo with almost no solid black in it. I like it light, airy, and otherworldly. I haven’t ever been keen on reportage-y gritty, contrasty films like Kodak T-Max.

But this post is about the opposite of FP4+. Film Washi “Film S” is a film originally intended, apparently, for optical recording of film soundtracks. It’s not gritty or grainy. It’s a slow film, very smooth, high contrast, tricky to expose properly. The result is a fabulous texture in things like reflections and water surfaces as well as remarkable contrast and deepest blacks.

This is the view below the Westway at Paddington Basin. (All the photos here are from September to November 2020.) The bundles, the stains, the footprints, the textures on the uprights, the terrifying precision, the shiny car. 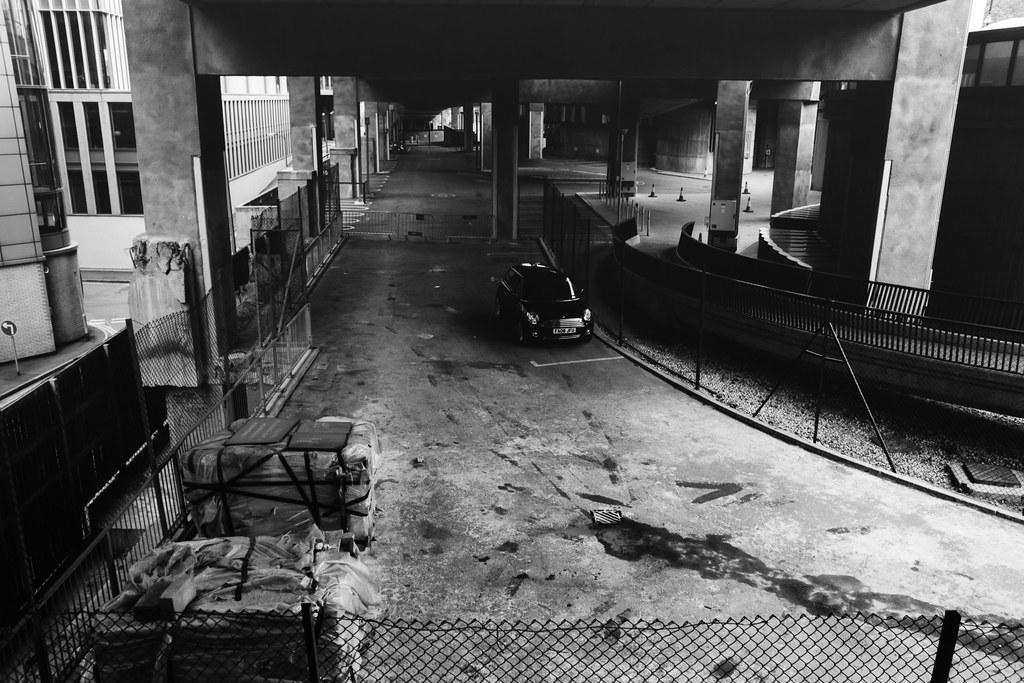 The building site at Whiteley’s, on Queensway, London W2. 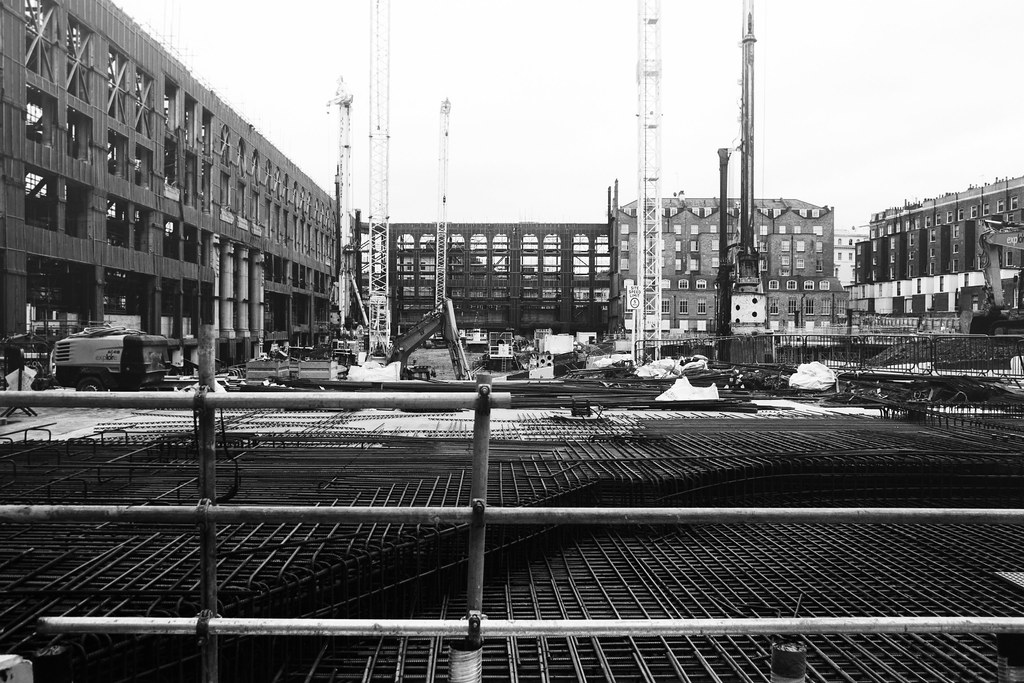 A pedestrian corridor under the Westway. 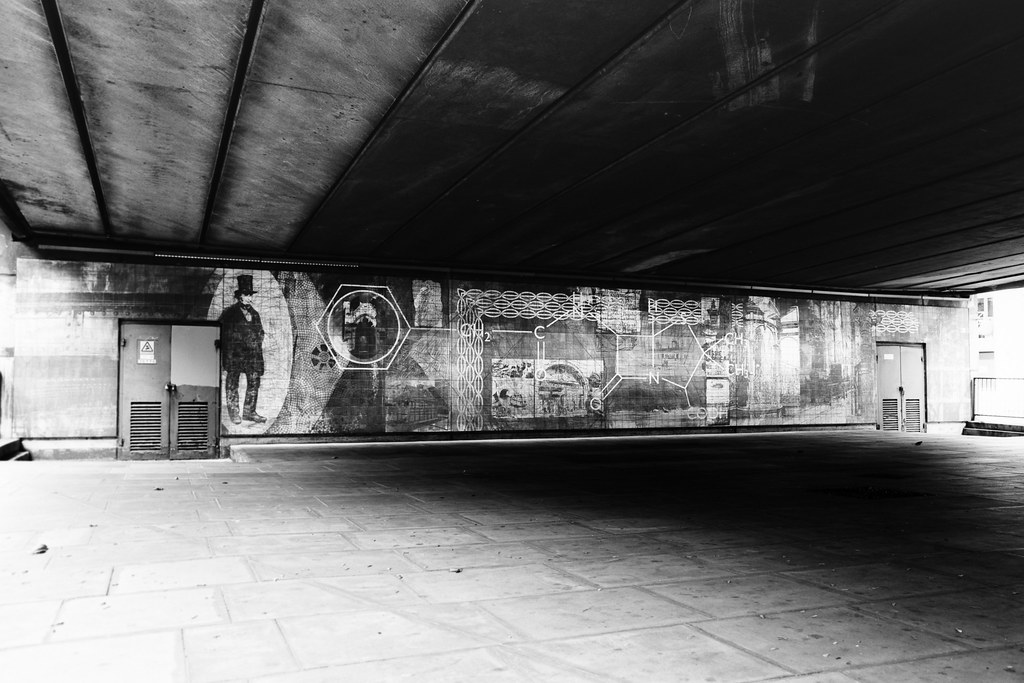 The Thames, from the south bank at Nine Elms, looking toward Battersea. With a mudlarker searching on the beach. 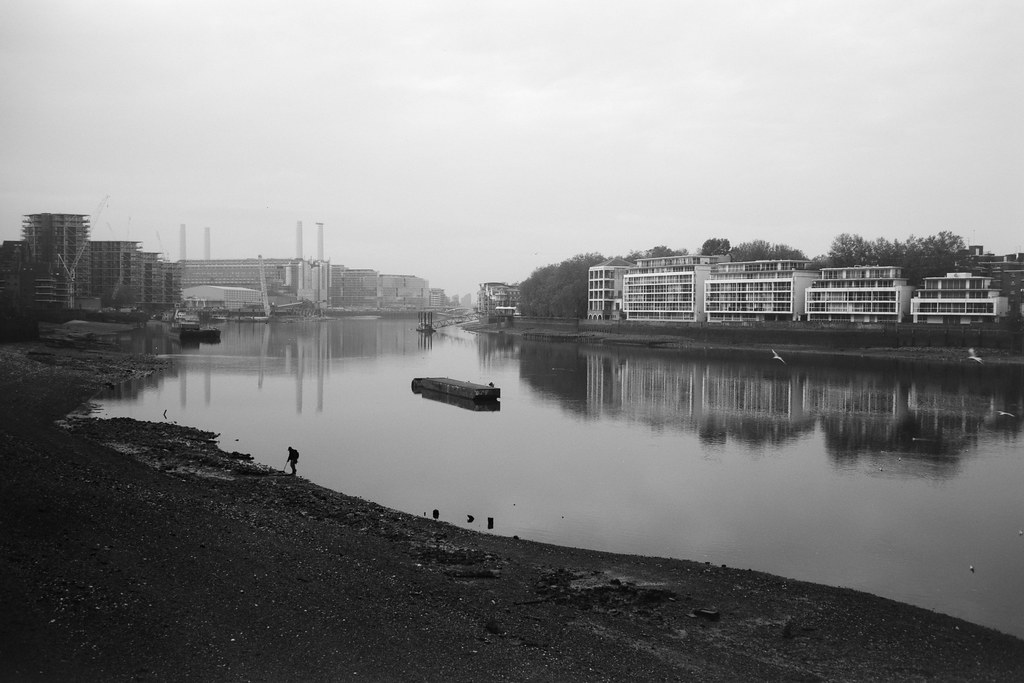 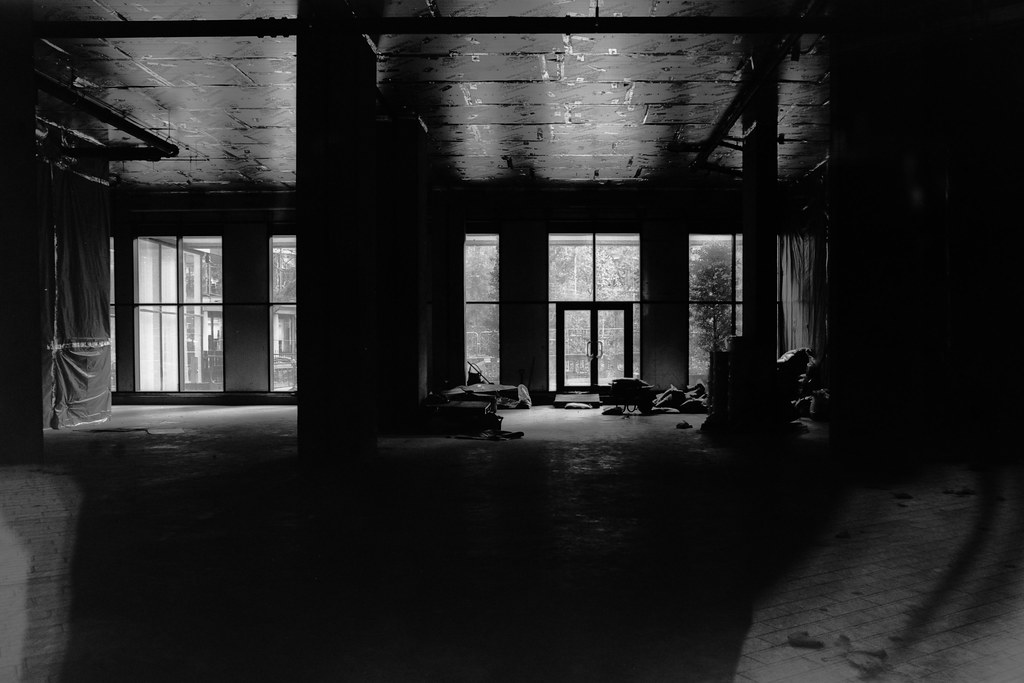 A rubble disposal barge on the Thames outside the MI6 building. (This looks like quite a small boat, until you check the scale against the railings over to the right.) 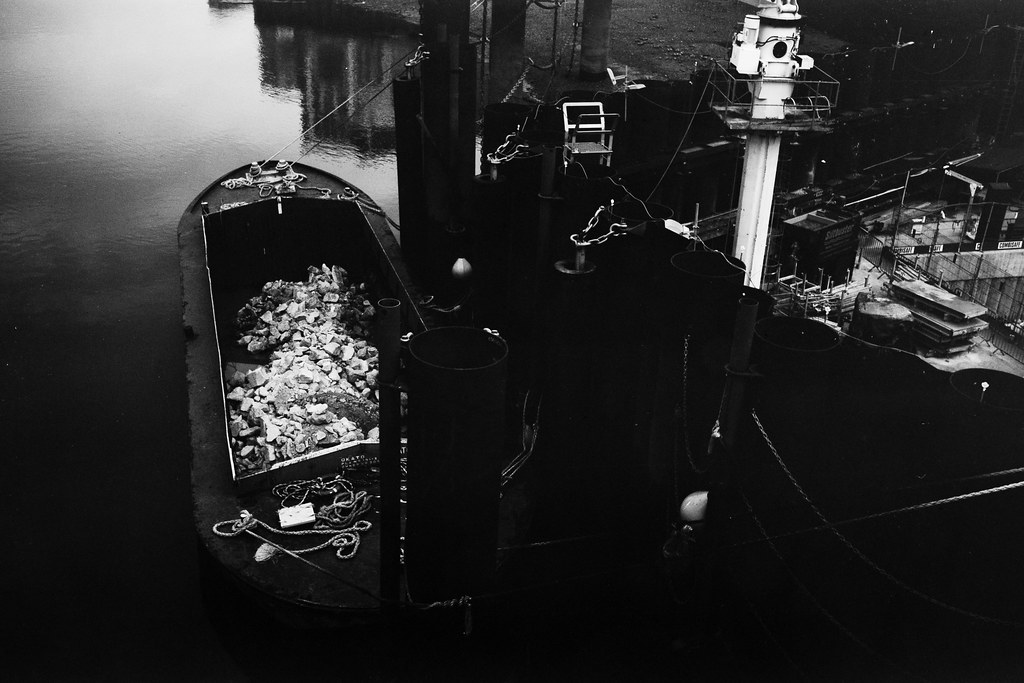