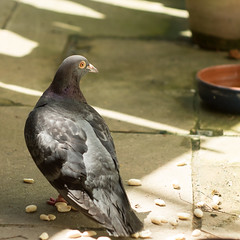 A striking thing about the venues for the 2012 Olympics in London is that their locations make more sense when seen as connected by water rather than by road.

The Olympic Park sits on the River Lea and a couple of its former working branches, and is bounded on one side by the Lee Navigation canal.

Greenwich Park (equestrian events, modern pentathlon) overlooks the River Thames at Greenwich. You can get there on foot from the Olympic Park by taking the Lee Navigation towpath to the Limehouse Cut and traversing Docklands before cutting under the river through the Greenwich foot tunnel—see map below.

It’s a nice walk, though you can’t do it directly from the Olympic Park during the Olympics because the Lee Navigation towpath is closed for “security reasons”. I hope they remember to re-open it afterwards. In the meantime you’ll have to join the towpath at Stratford High Street.

Also on the Thames, the Royal Artillery Barracks (shooting) in Woolwich are just downstream, a bend away, on the same riverbank—roughly opposite the entrance to the Royal docks, on which the ExCeL centre (fencing, boxing, weightlifting etc) sits.

Hampton Court (cycling time trials) and Eton Dorney (rowing) are on the Thames as well, much further upstream. More centrally, you can find Horse Guard’s Parade (beach volleyball) and The Mall (marathon, cycling road race) set back only a couple of hundred metres from the river.

The Lee Valley white water centre (canoe slalom) is on the same river as the Olympic Park. Presumably you could canoe between the two of them, though it might take a while.

Lord’s (archery) is accessible from the Regent’s Canal; from there you can walk all the way to the Olympic Park along the towpath via the Hertford Union Canal—apart from that pesky tunnel at Islington, for which you’ll need a boat, or to rise to street level (see map).

Wembley Stadium (football) and arena (badminton) are on a site bounded by the River Brent. An ideal way to get there from Lord’s should be to take the Regent’s Canal down to Little Venice, the Grand Union Canal from there up to Alperton, and then follow the Brent through the Tokyngton Recreation Ground. But I’m not sure whether that last connection can easily be made on foot, and the Brent isn’t navigable. I’ll have to go and take a look.

Earl’s Court (volleyball) and Hyde Park (open-water swimming, triathlon) can’t be reached by water, but both were built on top of culverted rivers or streams—Earl’s Court on Counter’s Creek, which reaches the Thames at Chelsea harbour, and Hyde Park over the Westbourne, which formerly supplied the water for the Serpentine.

The odd one out is Wimbledon, which is nowhere near any present or former waterway as far as I can see.

The family and I went out to watch the Olympic women’s cycling road race yesterday.

We watched them zip past on the way out of town, and then I stuck around to wave them back again in the hammering rain.

I really enjoyed it—you don’t get to see a great deal, but cheering people on in the rain gives you an uplifting sense of communal goodwill. Good crowd too, for two seconds of action on such a wet day.

Linking to a photo on the Guardian website from Mike Blake of Reuters:

These soldiers, who were presumably in the Olympic park on security duty, have been called in to fill some of the premium seats left empty in an artistic gymnastics session. Other under-attended events at the weekend included swimming and diving sessions.

Gymnastics! Diving! You can be certain these events were over-subscribed with the general public.

As far as I can tell, the picture above is from the GA004 session on Sunday morning. That’s a session that we tried to get tickets for in the initial round of applications over a year ago. But, just as with all the other things we applied for in that round, we failed.

Still, looking on the bright side—those guys up there definitely deserve the seats more than the people they were actually allocated to.

This is our local NHS GP surgery.

I’ve no idea what the background is here, but the notice says it’s had a visit from the bailiffs and the office has been secured for non-payment of commercial rent.

I know NHS practices largely have to run as independent businesses these days, but even so, it’s kind of shocking to think of an NHS doctor simply being evicted or going bust. This seemed like a pretty normal practice—rather overworked, sometimes a bit impatient, mostly effective. But the market has spoken.

None of us has had need of a doctor lately, but I don’t quite know what you’d do if you turned up for an appointment  and found this. Other than go away again, of course.

I wonder what we should do—register with another practice now, or hope it reopens before we need it.

Elsewhere on my tour of the north-east, I’ve been helping out this week at the Software Carpentry boot camp at Newcastle university.

These events are aimed mostly at postgraduate research students who need to write software for research. They try to provide just enough training in real-world software development techniques to get people started with writing reliable, testable code and managing it properly.

Although the course is only two days long, it gets through an introduction to shell scripting, version control, Python programming, test-driven development, pair programming, and databases with SQL, as well as a certain quantity of philosophical material. Everything is hands-on, with attendees “coding along” with the presenter. So it goes along at a fair pace, and although no particular experience at programming is necessary, an analytical mind and a lot of attentiveness are.

I presented the version control segment at this and the previous workshop, using Mercurial, EasyMercurial, and Bitbucket. It was a bit seat-of-the-pants the first time around, but had settled in a little the second time. Even so, it’s a very ambitious segment: we have two hours to go through a real, working editing process using the EasyMercurial user interface, Mercurial command-line, and Bitbucket web site, working with others and resolving merge conflicts, for an audience who have largely never encountered version control software before. When it works out, of course, it’s very satisfying and we had generally encouraging feedback from the attendees in Newcastle. (If you were there and have any thoughts on how to do better, please do get in touch.)

The Software Carpentry project, started by Greg Wilson around fifteen years ago, is an open source scheme that anyone can get involved with. The Newcastle workshop was the latest in a long line of presentations of Software Carpentry material around the world, but it was the first in the UK to have been given without having Greg’s experience on hand (he lives in Canada) and thus was something of a learning experience for the presenters as well as the participants.

That’s sort of the idea, though, so if you know your onions and like the idea, you might like to try helping out in a future workshop.

See the brief report from my project, or feedback from attendees.

During the past few months, for very boring reasons, I’ve been spending a bit of time running relatively long distances around London.

It’s been quite a revelation. London is, as every Saint Etienne fan knows, a very big place1.

It’s hard to find the time to walk around very much of it, just because the distances are so big. I used to cycle occasionally, but everything goes by a bit quick that way and you’re liable to crash if you spend too much time looking around you. Running turns out to be a pretty good compromise. I’ve been through more interesting bits of London—many of them via canal or river routes—during these few months than I have in years.

I’ve lived in London for nearly 18 years and in west London for ten, yet I’d never before seen the splendid Peace Pagoda in Battersea Park up close, been along the leafy Thames path on the south bank west from Putney, realised that Trellick Tower (below right) sits on the canal side, or had any sense of the relationship between the westbound road, rail, and canal routes from the Paddington basin. (Did you know the canal goes over the North Circular?)

I’d worked near Mile End for six years without ever having been along the Lee Navigation or seen the dramatic Bow locks—never mind peering at the near-future Olympic site.

And I’ve worked in Docklands, yet the only time I’d ever been through Wapping and joined the dots between docks and City was on 7/7, walking home across London when all the transport was out.

I even realised recently that, no matter how many times I may have passed the front of the Palace of Westminster, I’d never been along the length of the building to get any real impression of the scale of it.

I’m not completely ignorant of this place: I know my way around the City and West End well enough, I’ve spent a lot of time walking in various areas further out, I’ve lingered in the Barbican and on the South Bank and so on—which is partly why it’s been so much fun to be reminded how much even of central London I’ve still never properly seen.

1 Apparently the quote about London at the start of You’re In A Bad Way is from the film Billy Liar. I’ve seen the film since becoming familiar with the song, and I didn’t even notice the line. Hopeless, I am.